The Great War in Portraits at the National Portrait Gallery, London – review

.  This free exhibition – unusual for an NPG exhibition to be free – shows a series of portraits of some of the key players and some anonymous soldiers of the First World War. 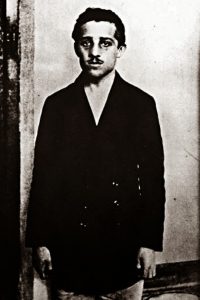 This is the man who started the war in 1914, and the NPG has a reproduction of a small photograph of him. A sickly man, he died in prison of TB, and doesn’t he look mournful here (as well he might given what he caused).  Make sure you check out the visiting tips below.

Gavrilo Princip, pictured above, was the 19 year old Serbian who pulled the trigger of the gun that assassinated Archduke Franz Ferdinand and his wife Sophie – in Sarajevo which was in Serbia.  So how did this ‘little local difficulty’ cause the deaths of millions?  It was all down to the alliances that had been formed between countries in a Europe that was filled with countries competing to build international empires (Germany had never had one, France and Britain did).

Here is Field Marshall Haig, by Orpen is an well known portrait in the NPG. But we see Orpen’s portraits of ordinary men too – indeed Haig told him to go and paint those who were actually fighting to save the world rather than him.  Here is an ordinary Grenadier Guardsman.  He’d almost certainly never been out of England before.  Quite possibly he’d barely left his village in all his years alive. Yet here, captured on his face is the horror of war.  We are invited to contemplate what happened to him; did he survive? 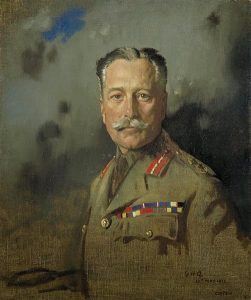 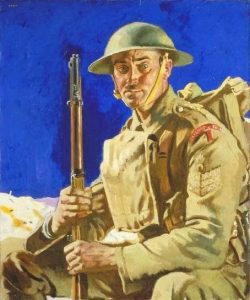 There is a very interesting wall full of photographs, forty in total.  There are the familiar: Mara Hati the spy/exotic dancer executed as a German spy; the Red Baron – German fighter ace; Wilfred Owen the poet.  And the unfamiliar: the leader of the Russian women-only battallion of death, the first black officer in the British Army.  Unfortunately the only key is provided in books, which even last Saturday morning had already fallen to pieces.  Bring your own copy of The Great War in Portraits

and then you won’t have to suffer. 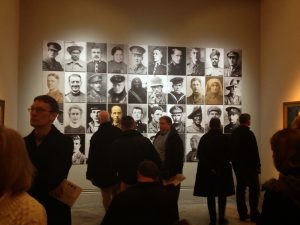